This past weekend my co-worker, Alynne, and I got to enjoy a few local spots.

Our morning started at the John Brown House located on Power Street near Brown University. We were given the first guided tour of the day by a very nice fellow named Lylle (self-guided and audio tours are also available). Right away he told us that the tour was an hour long. He was very informative as he went from room-to-room explaining their various uses for the family. The house was built in 1788 by John Brown, a merchant, patriot, politician, and slave trader. This Power Street mansion played host to Presidents Washington, Jefferson and John Quincy Adams. The house was donated in 1942 to the Rhode Island Historical Society where it was used as an administration building until it was turned into the museum in the 1970’s. I won’t tell you too much more as it will ruin the tour for you. We both highly recommend the guided tour as we learned so much! 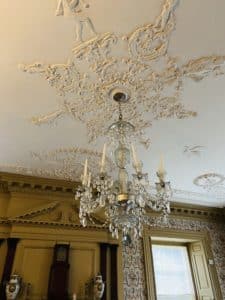 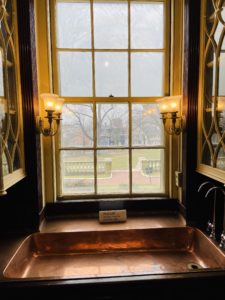 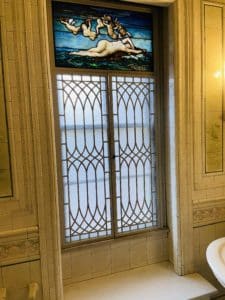 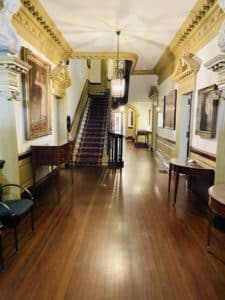 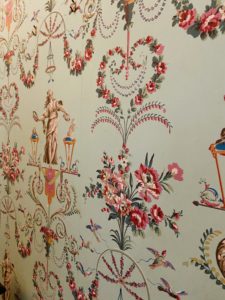 One of many beautiful wallpapers in the house. 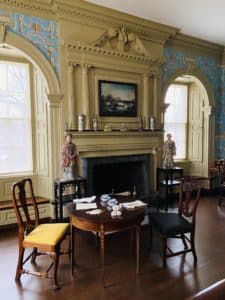 Large fireplace in the reading room. 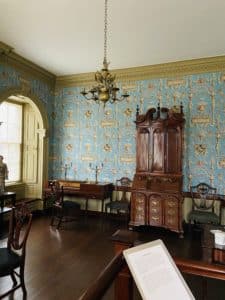 A large mahogany bookcase in the reading room. 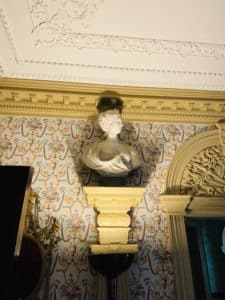 One of six Venetian marble busts.

After the tour, we headed downtown for lunch at Ellie’s on Weybosset Street. They are conveniently located across the street from the PPAC (Providence Performing Arts Center). She and I immediately noticed the cozy atmosphere when we stepped inside and went to the counter to place our order. Alynne had their very popular French Onion Soup and I opted for their Roasted Turkey BLT. I found their menu to be on the small side and thought it was odd that they don’t offer a side for each dish on the lunch menu (they do for dinner). However, this does leave plenty of room for their fabulous looking desserts. I say “looking” because we ran short on time, as we had to be at the PPAC by 1 PM. From our table, I had a wonderful view of the PPAC’s brightly lit marquee sign and could see the line was building at the entrance. We both thoroughly enjoyed our dish and will certainly go back again, especially to have the dessert! 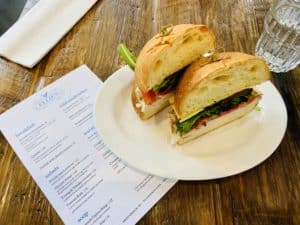 We left Ellie’s and crossed the street to join the large group of folks that had lined up at the entrance to the PPAC. Doors Open RI was hosting a free event called “Curtains Up!“. It was a chance to see behind the curtains and how the magic happens for each show. When the doors opened at 1pm and we all flooded in, it was a sense of “wow!”. The theater opened in 1928 under a different name but the architecture and design remain. This gem contains over 3,000 seats and hosts touring Broadway shows, concerts, plays and films. Our first stop was the stage. It was an amazing feeling being up there where many others have performed. Their house organist Peter Krasinski, was playing Phantom of the Opera, among many others, on the 5-manual Wurlitzer pipe organ. We then joined the long line to see the dressing room area. Here we saw many murals on the wall created by each visiting performance and was autographed by all cast members. It looked like they would soon run out of wall space. From there we tried to get in line to see the projection room but ran out of time as the tour was ending at 3 PM. We hope they will do this one again in the future so that we can get to see the rest of the building. I have never seen a performance there and now I can’t wait to! Alynne has seen quite a few, including the famous Hamilton, and loved the tour. 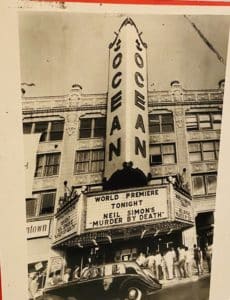 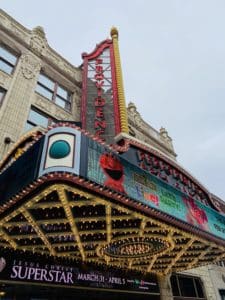 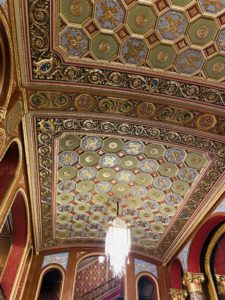 Ornate ceiling of the lobby entrance. 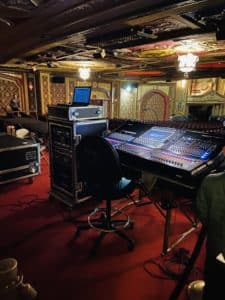 Theater soundboard located the entrance to the seating. 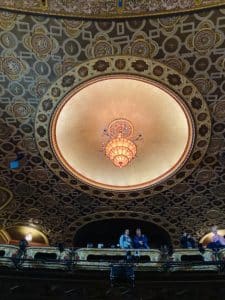 Beautiful light fixture in the center of the seating area. 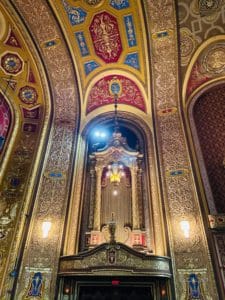 Detailed artwork within the wall of the theater. 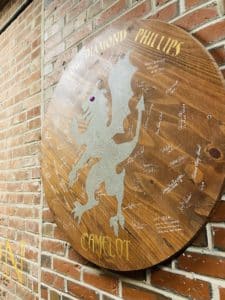 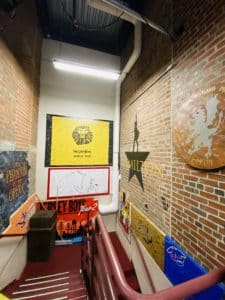 Performance murals and cast autographs from The Lion King and many more. 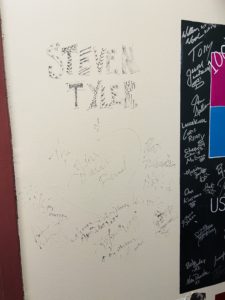 Autographs from Steven Tyler and The Loving Mary Band.

Doors Open RI is hosting more free events this September. Be sure to come stay with us here at the Christopher Dodge House and check out these gems for yourself!